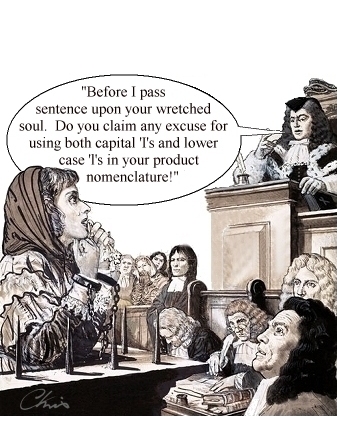 “You just scan it in don’t you?” Will likely have our guys in throws of apoplexy within seconds. No! We do not just scan it in. Scanning plays a part of course. A small part in a long operation that inevitably involves scores of highly exacting procedures. From identifying and replacing blank spaces. Null with 0 in other words. Zero means quite a different thing to a computer than does nothing! To identifying and correcting the original typist’s mistake of using the occasional O when really they meant 0. And as for so called engineers that insist on using capital I (sans serif!) in the same product nomenclature where they have also used lower case l. As far as we are concerned that is a ‘hanging offence’!

“We’ll send it in an Adobe PDF file.” You say. Please don’'t. Adobe puts data through a mangler. Unravelling it takes so long that for all purposes it’s worse than useless.

As for giving us the information but then blocking ‘Copy & Paste’. Why?! You’ve already given us the information so it’s hardly a secret anymore. So why put obstacles in the way of us retrieving that data? We have software that gets around attempts at blocking the code anyway but it adds time, inconvenience and so also costs.

You send us data in columns when we need it in rows. Not your fault but it is a hidden cost. No two manufacturers put their data in the same order. It is therefore all but impossible to design a software tool that will 'recognize' and re-arrange the order of information and then unscramble it. There is no alternative but to do the job manually. When this involves perhaps as many as 1,400 condensers in a model range, each one with as many as 35 or even 50 accompanying lines of information, that takes time. And cost! Cost to the company of 400 Euros a day. 400 Euros a day not just for a few days but often for a few weeks!

Numbers can rarely be used in the form that we receive them. Apart from the fact duties have to be resolved to common fundamental first principles so that all manufacturers’ data sings from the same branch of the tree. Mistral are probably the only people in the industry who can really master this. Relatively quickly and accurately. You see -21°C on the screen but what our programs see behind that sceen is 252.15K. Simultaneously of course also 453.87ºR! That's an example for just one constant. We do the same for every one of the other more than 7,000 constants, factors, algorithms, equations, units and variables etc., too.

No two organisations refer to absolutely everything, from dimensions to electrical details to product performances, in exactly the same way. Not ever using exactly the same units throughout their literature when compared to that of their contemporaries. It is no good us entering air volume in m³/m for one set of data and alongside it showing similar data for another manufacturer’s product range using the more common m³/hr! Do all people state db(A) distance index at the same distance? No. Watts or kW? Comma decimal point deliminator or period (full stop) deliminator? ‘Search and Replace’ all commas with full stops then? We don’t think so! At least not automatically. Through perhaps 200,000 lines of data. More often than not it must be done either by hand or if not then by using some very canny logic and unusually rare (expensive) software tools. Think about it! 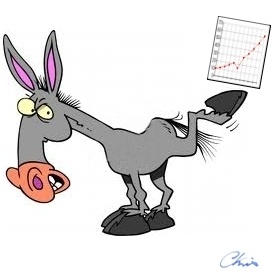 Finally there are the mistakes. No, not ours. Yours! We have yet to receive data from anyone that is free of errors. It’s a human nature thing so of course we take it in our stride. Mistral has amassed enough data over its 36 year history during which time it has created well over 50,000 unique databases (at a cost incidentally well exceeding £15m!) to fill three large freight containers. Not one of those pieces of literature is completely free of errors. Some are easy to spot and correct. The classic ‘Donkey’s Hind Leg’ in an otherwise perfect parabolic curve (unless it’s around a cooler’s ‘frost point’ of course and then you expect a little deviation). Most errors stem from simple ‘transient dyslexia’. We all suffer from it. Including us. We though have to be very careful to get data for your products right. We take our responsibilities at ensuring you don’t lose a sale for a product, or worse, mis-apply a product with serious economical consequences just because someone transposed the first two digits of its duty and the error went unnoticed.

A typical RAC equipment distributor requires from around 200 to 250 databases to fully represent every product they sell, once all model variants and refrigerants used are considered. The average database takes one of our highly skilled and trained software engineers around two days to originally create and sometimes as much as a day to subsequently edit. When new products are added later for example. The cost to the company therefore is around £600 each by the time we’ve put a roof over their head, plugged them into the mains and thrown them an occasional Mars bar. With many costing as much as five times more! And that is before we have even started creating unique dimensioned drawings and other images to be indexed and mapped to each product. Mistral charges its sponsors a tiny fraction of what it costs to do the job. Typical costs from £50,000 to £80,000 in the first year of sponsorship and around £30,000 each year thereafter.

The answer of course is that despite extraordinarily high costs these are spread evenly across everyone in the industry that Mistral serves. In other words - almost everyone!

A valued client and indeed a good friend once said “Mistral has data for the same manufacturer paid for not just by us but by four other distributors as well. Are you saying we are subsidising our competitors!?”